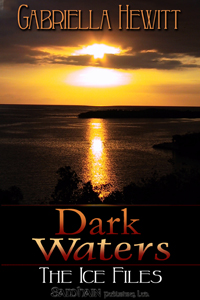 Long ago and far away, my writing partner and I came up with an idea. A mere spark in the dark, if you will, about a detective and an Aztec myth. It was to be submitted for an anthology. We knew next to nothing about Aztecs, only a little bit garnered here and there. So I went to the library and pulled the only book they had, a huge text with beautiful pictures and fascinating stories of gods, rituals, prophecies, timelines, death and
destruction. I mean it had it all. I was riveted and read it every night to the point I was quaking in my boots about the end of the world and the vengeance of gods seeking to annihilate humans. It was crazy. I emailed my partner and let her know that we were so writing this story. Thus was born the Shadow Warriors. We outlined the story and wrote it. The editor liked it, but passed.

We shelved it. Never even considered going back to it.

A few years later and everyone is abuzz about the 2012 prophecy. We got excited except our story is about Aztecs, not the Mayans. We bit our nails and considered if trying to revamp the story would be worth our time. We took the risk because what is life without risk? We read it over and realized we have grown as authors and the story as we originally wrote it no longer held appeal to us. We overhauled it completely. 100 pages straight into the garbage. “What a waste!” you may say, but we didn't. We now knew what we wanted
from the story and what we didn't. We knew that we wanted to make the gods bigger, scarier, and more deadly. We wanted to build a world and mythos that could rival the Aztec warriors themselves and come out the victor.

So we went back to the drawing board and dug deeper, went further, excavated the bowels of the Internet and libraries to find legends, folklore, myths of the Aztecs. What we unearthed had us shaking with excitement. These gods were complex, sometimes even blending with other gods, and their range crossed vast sections of the Americas, from Nevada to Texas to Mexico to Peru. We were astonished by what the Aztecs created and how far their reach extended. What truly made us happy and in some ways humbled us
was the fact that Aztec ways are still celebrated and the culture somewhat remains. Aztecs developed an entire language, which is rare, but there is growing support to bring back the Nahautl language and the culture.

We did create a new myth of the Shadow Warriors, brave men who died in battle and recruited by the sun god to save humanity to earn back their own humanity. These men were given animal spirits as companions until the day they could find their spirit mate—the other half of their soul—before their animal spirit devours them. Still we took much of the fantasy from actual folklore and history. Aztec soldiers wore the skins and feathers of animals after which they modeled their fighting style and ferocity: jaguars, eagles, and coyotes (wolves).

Doing the research is hard work, but it is exciting, wondrous and rewarding. We love getting lost in the lore and there’s nothing like that Eureka! moment when we know we’ve hit gold.

Gabriella Hewitt is the pen name of creative writing talents Sasha Tomaszycki and Patrizia M.J. Hayashi. Together they weave tales of romantic suspense and dangerously sensual paranormals. Check out the website www.GabriellaHewitt.com to find out about upcoming releases and events on their blog.

A predator stalks paradise and she’s next

On a tropical isle, Frankie Montalvo discovers roots to a past she never knew. Tales of witchcraft, missing girls and el chupacabra surround her, but it will take more than superstitions to scare her away. Determined to create her own home, she enlists the help of an enigmatic beach bum.

She doesn’t want to fall for a drifter who will probably break her heart and move on, but when both she and her home are attacked, it’s in Rico’s arms that she finds safety and protection. All she’s ever wanted was to settle down and live life on her own terms, but someone has other plans and Frankie must decide—is Rico her lover or her enemy?

Special Agent Rico Lopez has been to the depths of hell and back. He returns to his native island of Vieques to forget an ICE mission gone wrong only to find himself caught up in the search for a neighbor’s daughter—a victim of the legendary el chupacabra. Paradise has a predator and all leads point to a dilapidated old plantation and its sexy as sin owner. Lying to Frankie is the only way to do his job, but is he protecting her or himself?

As the net around them tightens and their lives are put on the line, he’ll learn the greatest danger he’s ever faced is the risk of losing his heart.
Posted by Sarah Mäkelä at 12:00 AM