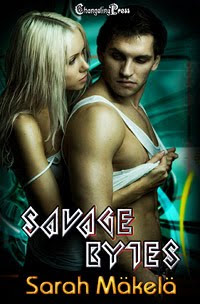 As I’ve been promoting, a common question has come up. “What is Cyberpunk? I’ve never heard of that before.” But I’m willing to bet that you’re heard of some movies that portray it. The Matrix, anyone? How about Blade Runner, The Terminator, Strange Days, or 12 Monkeys? Yep! I knew it. I see the distant recognition.

Let’s look at the name, cyberpunk. It is a combination of cybernetics and punk. But what makes something a cyberpunk? There are three main elements: Setting, Protagonist, and Society/Government. I’ll try not to geek out too much as I go over them! *grins*

Setting: First of all, the base genre of cyberpunk is science fiction, so it’s no surprise that they take place in the future. Although, instead of what you normally think of with science fiction’s space travel and galaxies, a cyberpunk is placed in near-future Earth. They are post-industrial dystopias set in high-tech, very urbanized cities, more specifically in what is described by Wikipedia as “the often nihilistic underground side of an electronic society.” The world is usually dark and technology rules it. 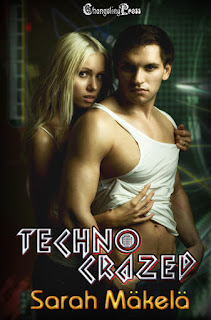 Protagonist: The protagonist is usually a lone hero computer hacker who fights against injustice. Here is a good, precise clip from Wikipedia: “Many cyberpunk protagonists are manipulated, placed in situations where they have little or no choice, and although they might see things through, they do not necessarily come out any further ahead than they previously were. ... This emphasis on the misfits and the malcontents is the ‘punk’ component of cyberpunk.” The hero is the underdog that fights against The Megacorporation.

Society/Government: So, where is the villain? Right here. Greedy megacorporations replace the government, gathering up as much power as they can and using it for their own purposes while the government is weak politically, economically, and militarily. Also society-wise, social order has broken down to some degree.

I hope you get a better sense of what cyberpunk is now. If you have any questions, feel free to leave them in the comments section, and I’ll do the best I can to answer!
Posted by Sarah Mäkelä at 6:59 PM