The use of Ley lines in paranormal investigations and fiction has come a long way from their mundane beginnings. Originally, the lines were simple straight paths connecting villages and spiritual places. It was simply a line of sight navigation our prehistoric ancestors used to travel.

In the 1970's, the meaning shifted from a mere observable geographic phenomenon to something more spiritual. These roads, lanes and walkways became energy pathways. Energy that could be used to manifest other worldly entities. And where one or more of these ley lines intersect, all shorts of paranormal activity could take place.

Of course, paved roads, lanes and walkways are the more obvious ley lines. Others include, rivers. Sure the flow of water creates a current, energy if you will for the spirits to manifest. And then there's the human element. Way before long haul truckers came into being, rivers were the natural commercial arteries of nations. Even today, the Mississippi River in the US carries tons of cargo. Add human emotion and tragedy into the mix and you have even more opportunities for otherworldly contact.

Then there are railroads--the friction of steel against steel provides plenty of man made energy to bleed over into the neighboring structures. Not only do you have the fear and excitement of people traveling to new and far away places but there have been horrendous crashes killing large numbers of individuals. We've all heard the Urban Legends about the car/bus that stalls on the tracks.

Aside from the electromagnetic energy that normally courses through the Earth, humans have added high voltage power lines on criss-crossing her skin. Houses that are bordered on two sides by power lines are known for being paranormal hubs.

Recently, I watched an episode of Ghost Adventures. The show concentrated on Tombstone, Arizona and one of the things the investigators talked about was the veins of silver ore running under the city. The Klinge brothers hypothesized that since metal is used to conduct electricity that when lightning storms rolled through Tombstone, there would be an uptick of paranormal activity.

So if you're interested in ghosts or plotting your next novel involving ghosts consider how important setting plays in your experiences and story.

On a personal note, the house that we lived in where we experienced quite a bit of activity was bordered on 2 sides by electrical lines, another I visited had a creek running along the side of it and a railroad about 150 feet away. What about you? Have you have you had a paranormal experience near any of these ley lines?

And now for something completely different. Here's the blurb for my latest story: 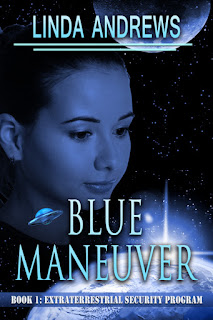 The extraterrestrials have landed and they're human.


Rae Hemplewhite didn't believe in aliens until a close encounter with out-of-this-world technology drags her into the extraterrestrial security program. Helping alien refugees adjust to life on Earth is difficult enough, but her first clients have a price on their heads. Plus, her new partner seems torn between the urge to kiss her or kill her.


And that's the good news.


The bad news: Alliances are forming in deep space. If Rae doesn't keep her witnesses alive long enough to transfer their top secret information to the right faction of humanity, Earth will become a battlefield.