What is Your Paradise? 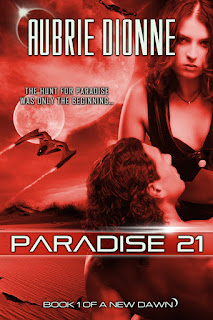 In Paradise 21, most of my characters find paradise, but they don’t all find it in the same place. Some find it in a place, and others find it with each other. You’ll have to read the book to find out who finds it where.

The question I raise is: what defines paradise?

In Merriam-Webster Online, “paradise” is defined as

1 a : eden 2 b : an intermediate place or state where the souls of the righteous await resurrection and the final judgment c : heaven

2: a place or state of bliss, felicity, or delight

Interesting, because “waiting” for anything for me is hell. I’m so impatient. I’m not sure my paradise would be waiting for resurrection. But I do like the word bliss.

Have I felt paradise before? Yes. My whole family together at Christmas, and my vacation in Hawaii were bliss in totally different ways. Do I feel paradise everyday: no. But that’s okay. :-) There’s a little bit of paradise in eating a chocolate bar, or holding my sister’s new baby, or taking my dogs on a walk in nice weather. Little moments of paradise are sprinkled throughout each day.

People also use “paradise” as a catch phrase:

A candy store is a child’s paradise.

Barnes and Noble is a writer’s paradise.

My question to you is: What is your paradise? 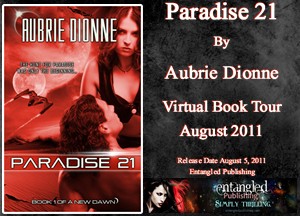 
Aries has lived her entire life aboard mankind’s last hope, the New Dawn, a spaceship traveling toward a planet where humanity can begin anew—a planet that won’t be reached in Aries’ lifetime. As one of the last genetically desirable women in the universe, she must marry her designated genetic match and produce the next generation for this centuries‐long voyage.

But Aries has other plans.

When her desperate escape from the New Dawn strands her on a desert planet, Aries discovers the rumors about pirates—humans who escaped Earth before its demise—are true. Handsome, genetically imperfect Striker possesses the freedom Aries envies, and the two connect on a level she never thought possible. But pursued by her match from above and hunted by the planet’s native inhabitants, Aries quickly learns her freedom will come at a hefty price.

The life of the man she loves.