The Witch Who Cried Wolf is Now Available! 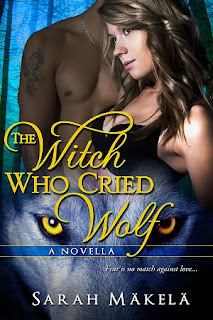 Be careful what you wish for…

A potion gone wrong: Mia Brooks is a reluctant witch, with powers that she tries to hold in check. But when her magic gets mixed up, supernatural forces are unleashed and suddenly she’s being pursued by werewolves—that she didn’t even realize existed…

Hidden emotions: Ethan Parker, Mia’s brother’s best friend, is home from deployment for the holidays. Mia’s not only hiding from werewolves, she’s trying to keep her feelings for Ethan secret; it would be a disaster if he knew she’s been nursing a long-time crush…

The power of love: Things take a terrifying turn when Mia and Ethan are attacked by a werewolf. Ethan is amazed when Mia reveals her paranormal prowess as she tries to shield them from danger. But can she really protect them from the darkness that lurks? And how can he tell her that, for ages, he’s been denying what he really wants? Mia...