Living Without Fear
by Rachel Firasek 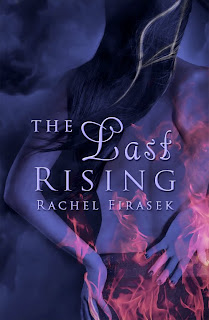 Today, I’d like to talk about someone even more dear to me. My husband.

But, I have to give you the backstory first. I grew up very poor. We lived in a two bedroom trailer-there were four of us-and shared a lot with another trailer and a large old plantation house. So, not quite a trailer park, but it backed up to one. Our landlords were super nice people and I remember picking up pecans in their orchard for hours on end to earn .50 cents. My brother and I would walk to the corner store and by one pop and one candy bar. We’d split it and be in heaven. I was seven at the time.

Yeah, I’d never let my kids walk down the street now. Lol. It was a different time. So anyways, as the years progressed, Dad’s job stabilized and his pay grew. We moved twice before my parents finally became home-owners in a fairly decent neighborhood-kind of. We still managed on just my father’s income, but not by much. There was never much money left after bills, so we lived on coupons and hand-me-downs. It wasn’t a sad life, just very different than the one I live now.

So, where am I going with this? Because of our limited means, we never ate out. Never. I was fifteen before I went to a McDonald’s for the first time. Seriously. It was 1993. I never went to the movies. Never went to the mall. Never did any of the things that the other kids my age did. I mostly stayed at home, helped my mom, listened to music and read.

Then a man danced into my life and changed all that. I’ll never forget the first time my husband took me out to eat. I sat there picking at my food, worrying that the entire room was watching me. He kept glancing at my plate. “Why aren’t you eating.”

I leaned forward. “Everyone can see me.”

“I don’t feel so, well.” My stomach churned and bile rose in my throat. Anxiety doubled me over and I almost lost it right there in the middle of the restaurant.

My husband sighed, packed my plate up and got me out of there. We had a long talk that night about my phobias. And with a firm tone, he told me, “Rachel, if this is going to work, you have to get over this. I’m a social person. I won’t stay at home all the time and hide from life.”

And that was exactly what I was doing. Hiding from life. My shyness was taking my life and leaving me empty. Don’t hide from life. It finds you and then you’re not ready for it. I’m thankful that I’ve had some really special people help me get around myself.

In The Last Rising, Ice hid from life and the fear of loving. I gave her Turner to remind her that the love would always be better than the fear. Do you have a special person that helps you get through hard times? Share something about them with us!

CURSE OF THE PHOENIX - Book One

After paying two millennia’s penance to Osiris, world-weary Phoenix Ice has had enough. Saving souls without any hope for her own redemption isn’t how she imagined spending eternity. Fed up, she decides her next death will be her last. But when she sacrifices her own life for a sexy Texan in a catastrophic plane crash, she has no idea the consequences will be so great…or that she’ll end up back in his life for her next assignment.

Now that Turner Alcott has survived the worst, finding a wife and mother for his son matters more than ever before. When the mysterious Ice comes into his life, Turner knows she’s the one—but love is the last thing Ice wants. If he wants to win her heart, Turner must teach Ice how to forgive herself, and prove that love is the ultimate sacrifice.


“Why is it I can’t get you out of my mind? You say we haven’t met, but my dreams remember you.”

Oh yeah, he’d dreamt of a woman for months now. She resembled his dream woman in so many ways, but he’d never seen his fantasy lover’s face.

She struggled against his clutch. “Mr. Alcott, I assure you we haven’t met. And for your other question, I don’t know why, but you need to release me.”

Why did that quivering bottom lip make him suspect she was lying? Turner rested his forehead against the top of hers and sucked in her scent. “Please, tell me I’m not losing my mind. Tell me you don’t visit me every night and I’ll promise to leave you alone. I just need to know.”

He sounded like a crazy man but she had to tell him. She was the only one who could put a stop to his mind’s constant fantasizing, and this feeling of déjà vu every time he saw her.

Ice wriggled in his arms, her thighs chafing against his slacks. “Mr. Alcott, you need to let me go.” She glanced around his shoulder. “Brodie is probably staring out that glass window and I would hate for him to get the wrong impression.”

She was right. He needed to get ahold of himself, but he didn’t have the strength to walk away. His hands traveled up and over her shoulders, stalling on her neck. Brushing his thumbs against her jaw, he pressed her head back and stared into hard eyes—no emotion. Couldn’t she see the battle he fought?

He teased the corner of her mouth with his thumb and her breathy gasp pleased him. So, she wasn’t completely immune to him. He dropped his head until his mouth hovered over hers.

“Shhh. I just need a taste of the sunshine.”


CURSE OF THE PHOENIX - Book Two

For three hundred years, Arabella’s life has been one meaningless death after another. In a cruel twist of fate, Osiris gifts the phoenix her mortality and long-gone voodoo magic with a warning that she must save her next soul within a week without using magic, or she’ll lose her power forever.

Ex-soldier Greyson Meadows desperately wants to be freed from the nightmares and guilt that haunt him. Confronted by a waif of a woman who forces him to face the truth about his past, he runs fast and hard, fighting the need to prove himself worthy despite his perceived failures.

When Ari becomes the target of her own magical blunder, the weak will find strength and the strong will fall. One will have to give up everything so the other can have peace, but will love’s magic withstand the loss?

Sadie’s days fighting off greedy claim jumpers ended in 1856 when Osiris snatched her from her filthy room and placed her with a trio of phoenixes. After 150 years living a respectable life saving souls, she’s tired of playing by the god’s rules. It’s time the master of manipulation learned her creed: live hard, play for keeps, and never let the enemy see you suffer.

Osiris never imagined the true queen he’s spent two millennia searching for would be a half-pint redhead with a mouth that makes him blush. She needs a gentle hand to breach her defenses, but living with her and keeping his natural arrogance at a simmer proves a challenge worthy of any champion.

While Osiris teaches her the wisdom needed to rule a world with fairness, the irritating god only intensifies Sadie’s belief in her creed, reinforcing the walls that keep her from happiness. If Osiris can’t win her hardened heart, Sadie’s ascension might threaten the world he’s struggled to create.

About the Author:
Rachel Firasek grew up in the south and despite the gentle pace, she harassed life at full steam. Her curiosity about mythology, human nature, and the chemical imbalance we call love led her to writing. Her stories began with macabre war poems and shifted to enchanted fairytales, before she settled on a blending of the two.

Today you’ll find her tucked on a small parcel of land, surrounded by bleating sheep and barking dogs, with her husband and children. She entertains them all with her wacky sense of humor or animated reenactments of bad 80’s dance moves.

She’s intrigued by anything unexplained and seeks the answers to this crazy thing we call life. You can find her where the heart twists the soul and lights the shadows… or at www.rachelfirasek.com.
Posted by Sarah Mäkelä at 12:00 AM