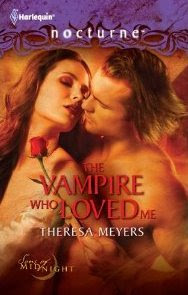 Where’d you get that idea?

For me as a writer, all the world’s a shopping mall of ideas. Getting ideas isn’t the problem, it’s actually sifting through them for the best ones that is tougher. For example, the title of my latest book, The Vampire Who Loved Me, came off of a brainstorming session after watching a James Bond moviethon one holiday weekend. Of course it also produced other ideas like The Vampire with the Golden Fang, Being Vampire is not Enough and From My Vampire With Love. Others writer were kind enough to suggest The Vampire Strikes Back and even Cloudy with a Chance of Vampires (because the Sons of Midnight series is set in Seattle).

Music is another source of inspiration. Usually, when I start a new book, I create a soundtrack to go with it. There’s usually all different types of music blended together, everything from heavy metal and country to jazz and hip hop. Any song is fodder if it speaks to me about the story. For writing on The Vampire Who Loved Me, the song “Wake Me Up Inside” by Evanescence so perfect captured Achilles’s journey that I found myself playing over and over again on an endless loop in the pivotal scenes I wrote in his point of view.

Bits of conversation while standing in line at the bank or grocery store, a jingle from a radio commercial, even some random news story are all sources for ideas for me. When it comes to characters I’ll often remember a particular mannerism of a person or they way they spoke that becomes part of a character that’s a mash up of several different individuals.

There are many times when one idea will collide with another. It’s not at all unusual when I’m in the middle of writing one book to get ideas for two or three others. While it’s tempting to go after something new, pretty and shiny, I’ve found that writing the germ of the idea on an idea sheet and filing it away on my computer helps me focus on getting the present work done, while still capturing the creativity while it’s fresh.

When I first start a story there’s a ton of brainstorming that happens where no idea is a bad idea. They all get listed at random on a sheet of paper. Sometimes one idea will spark four or five more scenes in the story. Once I’ve brainstormed, I’ll start organizing the scene ideas on a plot board to try and make sense of the flow of the story and make sure I’m not leaving important threads dangling. Each story thread gets its own color and each scene gets its own sticky note on a poster board divided into squares (one per chapter). I normally end up with between three to six sticky notes of various colors in the same chapter.

Sometimes it’s the research that brings new ideas to the surface. When I was researching the process geneticists use to create new vaccines I found out about all kinds of things they could do to create a new vaccine and the various ways it could go wrong or right. That became an integral part of The Vampire Who Loved Me when the main female character, Dr. Rebecca Chamberlin is given a dose of her own vaccine before it’s been thoroughly tested. It results in her starting to transition into a vampire, but getting stuck mid-way through the process. Historically researchers in the early years often tested on themselves and sometimes on other “forgotten” members of the population such as the mentally ill or those in prisons. While that’s been many, many decades ago, it still intrigued me.

As for why I ended up with a virus that causes vampirism in the first place, well, that idea came from one simple question: Why is it you never really hear of vampires being thousands of years old? (Sure there are a few, but by and large most are only hundreds of years old.) My brain started to spin and I thought about what in a biological system can bring down a top predator. The answer was simple: a virus. But what would this virus be like? How would it impact those who had stronger immune systems? Could it be reversed? How would people react when they found out first that vampires were real and second that they were in danger of being turned into vampires by exposure to a virus? I suppose it’s just the way a writer’s mind words. I know. I’m out of my mind, but there’s a good reason. It’s dark and scary in there. LOL.

So the next time you’re tempted to ask a writer, where’d you get that idea from? Make sure they aren’t looking at you too intently. They may be taking notes. 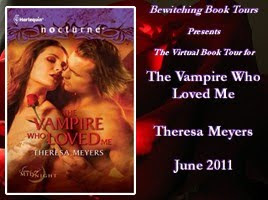 Dr. Rebecca Chamberlin hated nothing more than the vampires who had turned her loved ones into creatures of the night…until she became one herself. Now her experimental vaccine has become more urgent than ever, and has made her the target of vampire security chief Achilles Stefanos.

Built like a god with golden hair and an irresistible allure, Achilles made her feel passion the way no mortal man had before. Beck could no more deny her craving for him than she could the hated bloodlust in her veins. But when her vaccine fell into the wrong hands, Beck has a difficult choice to make—one that challenged everything she’d always believed…..

Dark and dangerous, the Sons of Midnight are a temptation that few can resist!
Posted by Sarah Mäkelä at 12:00 AM