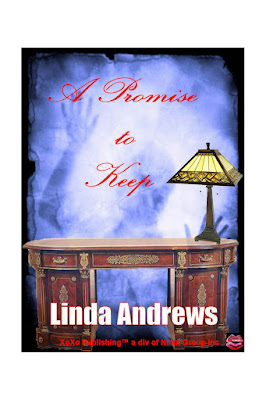 Ghosts. Phanthoms. Spookables. Most people would confess to experiencing something beyond their explanation. Case in point, my sister. She gave up her career in engineering to sell real estate and in doing so has had a few encounters. This is her latest:
Okay- I just had a spooky incident while showing houses to Adams County Housing Authority this afternoon. We were in our last house for the day. The two Adams County women were down the hall in one of the bedrooms, talking about repairs that would be needed to the house. I was about midway down the hall heading toward them, when I heard a really loud creaking noise- like a door opening. The sound was behind me on the other side of the house from where the two women were.

After the creaking noise, I heard several footsteps. I distinctly heard voices of people talking- one was saying "Someone is here. Someone is in our house". I thought that someone had come in while I was showing the house to my clients. I wondered how they got in, when I had the keys that were in the lockbox in my coat pocket, and I normally lock the doors while my clients and I are inside of vacant houses. I went back to the area were the noise and voices were coming from. I thought I would find maybe another group of buyers coming to see the house. And I wanted to make sure they had a realtor with them, and that they were not just some people trespassing.

Also- although I heard the door "creak open", I did not hear it creak shut- so I half expected to see it standing open. When I got to that area of the house (only about 10 feet from where I was when I heard the ruckus, I looked at both the front and back door- they were both shut and locked. No one was outside near the house- front or back. I even went down to the dark basement (no electricity on in this foreclosure property) before my clients, to make sure that no one was hiding down there). No sign of anyone. Totally creepy. Neither of the two women heard anything (they were only about 15 feet from me, and the creaking noise was very loud- I can't imagine them not hearing it. If Adams County does buy the place- I will not be holding any open houses there! (Did I mention one of the city's oldest cemeteries is behind the house across the street from them. A fact I did not know until we left the house and were driving back to the County building....

I can hardly blame her for not wanting to go back alone. And yet ghost hunters deliberately seek out such encounters. Why would anyone do so?

In my short story, A Promise to Keep, the professor is a learned man, a scientist who is a slave to probability not possibilities, but his own impending death and the recent loss of his wife have propelled him into the hunt. Here's an excerpt, of course, in it the professor is the ghost not the hunter:

My quiet slip into death differed greatly from my bloody, squalling entrance into life. Not that I remembered much of either journey, just my arrival at the destination. I glanced at my hand, as substantial as it had been a while ago, yet here I stood by my abandoned body slumped over the desk.

Thunder crashed. The fluorescent bulb in the Tiffany lamp by my body's elbow flickered, then the room plunged into darkness. Lightning flashed with a strobe-like effect over the cancer-whittled husk I gladly left behind. The slim voice recorder slipped from its hand and skimmed across the polished walnut desktop until it bumped to a stop against the apple-green laptop. Still recording, the readout on the front LCD flashed the time.

A meaningless scale when eternity stretched before me.

Perhaps I should leave some message for my adopted son David, urging him not to give up our quest to find definitive proof of ghosts. Of course, an electronic voice recording of me should do the trick.

The words of encouragement remained elusive. I smiled for the first time since my wife died. Dead a mere twenty-three seconds, and I already had the answer to something that had bothered me since I began my mission seventeen months ago. The dead rarely spoke because there was nothing to say.

And yet there was so much to tell.

In both my sister's experience and A Promise to Keep I explore the mystery of haunted places, but I firmly believe that possessions and even people can be a ghost magnet. How about you?
Posted by Sarah Mäkelä at 1:23 AM